No.34 Political Satire That Will Make You Bleed. Trump’s Grand Theft.

Since the very first days of Donald J. Trump’s tenure in the White House he has explored and discussed if could pardon himself and under which circumstances could he pardon other individuals. If I were a lawyer I’d use this insistence as proof of intent to commit white collar and criminal crimes. As his bloody tenure comes to a close the drum beats for Presidential Pardons has become a subject discussed non stop. Now we learn the the Justice Dept. is investigating a scheme involving huge amounts of money in exchange for presidential pardons. As if we could be surprised by anything that Trump and his Cadre of thieves could think up to steal yet more money and never be accountable.

The media is ringing a warning bell by asking if Trump can be trusted to not sell American secrets to our enemies. We know the answer to that. The known traitor to his country will sell every single thing he knows to the highest bidder, if he hasn’t already.

Because of all of this he and his family and close advisors must be sent to prison for the rest of their lives. But of course, the criminals have dirt on everyone in Washington which will convert into freedom for the criminals, at our peril. We pay for this and it’s painful to watch. 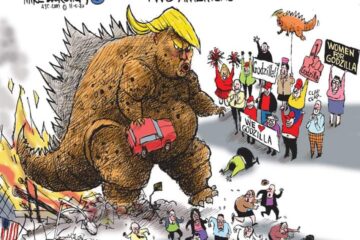