The Traitors Among Us.

In 1861 Congress expelled 11 Senators and 3 Representatives for failing to recognize Lincoln’s win.

Can we summon the courage that our forefathers had? 140 House Republicans refuse to acknowledge Biden’s win (and thus their own, too)

Do not seat them.

On January 2, 2021 “The Guardian, reported that Ted Cruz of Texas, Ron Johnson of Wisconsin and nine other Republican US senators or senators-elect said on Saturday they will reject presidential electors form states where Donald Trump has contested his defeat by Joe Biden. The move -welcomed by Vice President Mike Pence – is largely symbolic and unlikely to overturn the presidential election. Nonetheless, it adds to a sense of deepening crisis affecting democracy.”

Let’s do a little arithmetic, if we may. We have 11 Republican Senators and/or Senators-elect plus 140 House of Representatives Republican Congressmen contesting the legitimacy of President-elect Joe Biden’s right to the Presidency of the United States. We are witnesses of how every possible legal hand that could check and double check these results has been engaged and confirmed and reconfirmed that Joe Biden won the election, the good fashioned way, the honest route, via votes.

The Americans that “walked over broken glass” to make sure their vote/ their voice was heard are demanding that the 11 Senators and 140 Congressmen be formally expelled from both the people’s houses. There is cause and there is precedent.

In 1861 Congress expelled 11 Senators and 3 Representatives for FAILING TO RECOGNIZE LINCON’S WIN”. Connect the dots here and forgive me for repeating myself. We have cause and precedent. It is time for Congress to stop ignoring the law and act upon this immediately. The enemies of the Republic have no place in our legislature. Not now. Not ever.

Looking at the specifics we have Section 3 of the 14th Amendment that should be invoked to keep the Republicans from holding office.

” No person shall be a Senator or Representative in Congress, or elector of President and Vice President, or hold any office, civil or military , under the United States, or under any state, who, having previously taken an oath, as a member of Congress, or as an officer of the United States, or as a member or state legislature, or as an executive or judicial officer of any state, to support the Constitution of the United States, shall have engaged in insurrection or rebellion against the same, or given aid or comfort to the enemies thereof.” the 14th Amendment reads.

The public and private act of 151 Senators and Representatives have clearly and openly “engaged in insurrection or rebellion” against their oath to uphold the Constitution.

It is our wish and our command that the Constitution of the United States be upheld as it was intended and to not a watered down version which in the end will allow the traitors to overthrow the government. Stop playing hide and seek with traitors.

As we read segments of our honored and revered constitution it stands out in my mind how important word are. Who said them. When. Why. A lot of our present situation would have played our differently if the media stopped pandering to the rich. It is time that Americans add new words to our language. I will leave you with just one example taken from the above mentioned “The Guardian” article. The last sentence reads as follows: ” Nonetheless, it adds to a sense of deepening crisis affecting democracy.” The Guardian should be ashamed of themselves for knowingly calling an Oligarchy a democracy. Our democracy has already been lost, as testified by President Jimmy Carter, if you don’t believe me. So using that little scare tactic is manipulative and corrupt. I wish I could would say it’s an oops, but no, this is language meant to control you. Don’t buy it.

Another thought, which is a piece of this puzzle, as to why are 151 Republican legislators openly engaging in treason. There are two primary plots playing out here. First, they hope they can, against all odds, pull it off. Overthrow President Elect Biden and seat Donald Trump to a second term. Secondly, their show of support for Donald Trump will reengage, re-win the 80 million Americans that want Donald Trump as King and Commander of their lives. Last time I checked Republicans are suffering from empty nest syndrome meaning they have no one one their side of the fence. Democrats stand behind President-elect Biden. Republicans stand behind Trump. Bingo!! No one is endorsing Republican legislators and they are trying to save their gravy wagon. I say KICK

December 5th, 2021 was the date that many Americans, particularly Democrats, awaited to determine if the state of Georgia’s re-vote would or would not dethrone Senator Mitch McConnell from this Majority seat in the Senate Read more…

I am relentless in my pursuit of definition of the people that influence other’s lives. Their power, their morals, their background, their story. As we catapult towards the finish line in Georgia and the possibility Read more… 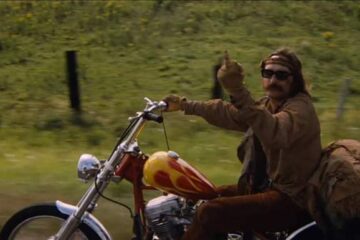 Easy Rider has a Message.