Political campaigns, specially the 2020 campaign, are full of expectation and intrigue. The American electorate is keeping track of every minute event. This micro interest is new our political arena. In the past, we were kind of involved, but mainly busy elsewhere. Not anymore.

The Trump-Biden presidential debate evolved as expected since we had seen Trump in action during the debates with Hillary Clinton plus his following four year display of ugliness and insanity. Like clockwork Trump broke all the rules, lied non stop, insulted everyone and declared himself winner and owner of the planet. Biden, knowing what to expect, did not bother to break out a sweat and landed some powerful punches.

The second presidential campaign was between the incumbent Vice President, Mike Pence and the contender, Senator Kamala Harris. We know these players like the backs of our hands. Pence is soft spoken and rigid while Harris, as an ex Prosecutor, gives you her million dollar smile, while she skins you alive. We we ready to watch and listen to their exchange.

The debate started like clockwork with Pence breaking all the rules. He behaved like Trumps Minny Me, but with a larger vocabulary. He lied non stop and was very pleased with himself. In the mean time Senator Harris maintained decorum and elegance bringing relevant information front and center.

The internet irrupted in Fly-related memes, a sin I am also guilty of. It was uncanny, funny, hilarious and reason to rejoice. It looked, to my crazy eyes, as if Planet Earth sent their representative. This fly event was more than a distraction and a funny thing to happen, it somehow was truly relevant. A vice presidential event upended by a fly sitting on the demagogues head. How off is that. The seat of the fly did not notice he was hosting an insect on national TV, no one alerted at a distance to shoo the fly away. It was allowed to sit there a command our attention. I have a new found respect for these little guys.

2020 has proven to be a challenging time. Pandemics, earthquakes, non stop hurricanes, fires all over the place, long food lines, evictions, protests and the ugly hand of Fascism tightly around our collective and individual necks. Then in comes the fly and redefines the entire year. I name 2020 the Year of the Fly. So be it. 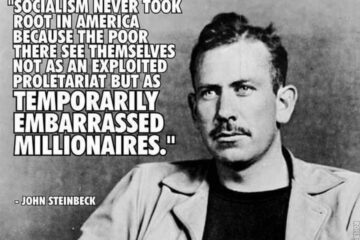 “Socialism never took root in America because the poor three see themselves not as exploited proletariat but as temporarily embarrassed millionaires.” John Steinbeck. John Steinbeck and his work are not strangers to me. His ability Read more… 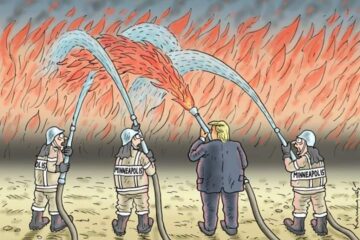 No. 20 Political Satire that will make us bleed.

Our home grown Emperor Nero watching as 240,000 have died of Coronavirus while he called it a “Democrat hoax to make him look bad”. Our countryside is burning to the ground consuming everything within it’s Read more… 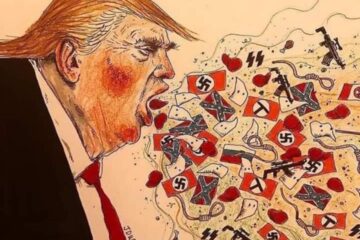 With the Presidential elections knocking on our door, Capricorn Science, is taking you down a trip through memory lane. Our commentaries are brief and intended to offer capsules of information that will assist Americans and Read more…