All Things Are Art. All Things are Political. Anasyrma.

Anasyrma is literally, “the exposing of the genitals”. This is a form of exhibitionism found in religion or artwork. Rather than a display of arousal, and it refers always to the act of a woman exposing herself. The act of lifting up one’s skirt to display the genitals can be an apotropaic device.

Many historians suggest that anasyrma had a dramatic or supernatural effect – positive or negative. Pliny the Elder wrote that a menstruating woman who uncovers her body can scare away hailstorms, whirlwinds and lightning. Even when not menstruating she can lull a storm out at sea by stripping. (Wikipedia)

According to folklore women lifted their skirts to chase off enemies in Ireland and China. A story from The Irish Times ( Sept. 23, 1977) reported that a potentially violent incident involving several men, which was averted by a woman exposing her genitals to her attackers.

Stripping away clothing was perceived as creating a “raw” state closer to nature than society, facilitating interaction with supernatural entities.

In Nigeria, during mass protests against the petroleum industry, women displayed themselves in anasyrma. Leymah Gbowee used anasyrma when trying to bring peace during the Second Liberian Civil War. She, along with Ellen Johnson Sirleaf, and Tawakkul Karma, were awarded the 2011 Nobel Peace Prize ” for their non-violent struggle for the safety of women and for women’s rights to full participation in peace building work.” (Wikipedia).

This subject was totally new to me until I watched video after video during the Black Lives Matter protests in Portland, Oregon. I saw, for the first time in my life how a woman stood naked before a marching army. They had instructions to stop the protest, kidnap the protestors and do physical harm. As “Athena” as she was called, stood perfectly still and engaged in what was called yoga exercises the militia stopped on their tracks. As Athena sat on the pavement and opened her legs wide, displaying her genitalia, the militia just turned and retrieved. They stopped and retrieved. She was unarmed, except for her act of anasyrma. They could have wounded and arrested her. Instead, they left. If I had not watched the ongoing bloodbath happening at Portland, Oregon I would thought this some kind of gimmick. It was real. It happened. I saw it. Of course these powers have been kept secret from us. Now we know. This is not an erotic act. This is an unknown power.

No. 33 Satire That Will Make Us Bleed.

Our rights have been eroded little by little. The Patriot Act is the crowning jewel of the Oligarchs that rule the United States Of America. We, the people, are impoverished, lacking health care and proper Read more… 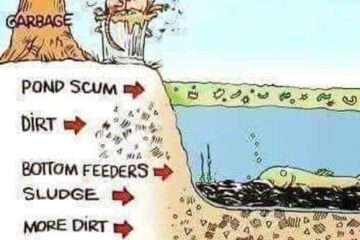 No. 32 Satire That Will Make You Bleed.

As we look towards the end of 2020, in real time, in politics and in the value of our lives, it’s fair to say that we spent most of this year trying to believe our Read more… 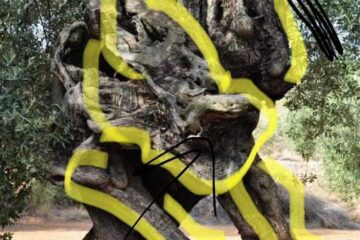 Pareidolia is a psychological phenomenon that causes people to see patterns in a random stimulus. This often leads people to assigning human characteristics to objects. Usually this is simplified to people seeing faces in objects Read more…