The British tradition of High Tea began in the mid 1700’s as an afternoon meal usually served between 3 and 4 o’clock. Initially, it was a meal for working men, taken standing up or sitting on tall stools, thus ‘high’. Tea with cakes, scones, even cheese on toast would have been served.

I’ve had the pleasure of enjoying High Tea at the Mayfair Hotel in New York City. Very civilized. The English tea shown in this picture was a wonderful gift from dear friends. The tea set was also a gift from a friend from Japan. Totally enjoyable.

Buttermilk Biscuits and Home Made Butter.

Sunday morning treat. Home made biscuits. I was running low on butter so I made some fresh butter. Here is the recipe: 2 cups of heavy cream 1/4 teaspoon of salt Mix in food processor Read more… 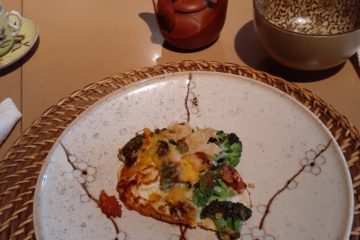 Stop the hunger created by carbs.

The current joke is that we should wear a mask when we leave our homes and also wear one indoors, so we stop eating. Guilty as charged. I love to cook and love to eat Read more…