Why did American White Women vote for Trump?

There was a worldwide fearful gasp when the election results starting dribbling in on November 3rd. People just went nuts in fear that Trump may hold the United States hostage for another four years. How could such numbers be real knowing that Trump is responsible for nearly a quarter of a million American deaths? We called them names. We then called them more names. Our horror had no end. Fortune would show it’s grace and the presidential election was won by now President-elect Joe Biden. We continue to hold our breath on the outcome of the two senatorial seats in Georgia, which would create a 50 / 50 Senate with Vice President -elect Kamala Harris breaking the tie. This event would politically castrate Mitch McConnell.

I continued to wonder if there was more to how and why American White women voted. Calling people stupid is the easy way out. Maybe we are the stupid ones and they know something we don’t? Hegelian dialectic method thought process rang loud in my mind trying to put together the elements of this process. Thesis. Antitheses. Synthesis. This is my process, kind of putting a chaotic puzzle into order.

First, some background on American women. I have been reading for years that women with children are the poorest demographic in the USA. We have the poverty factor to consider. With the poverty factor comes lack of access to education. So far we have poor, uneducated, white women with children trying to survive in an unwelcoming situation. Desperation needs hope. Add the historic will of all organized religion to control women and their reproductive function. This control is instilled in women since birth by tons of rules and regulations, all regulated by terror and mind control.

So, we are looking at white women with children, facing poverty, lack of education, being submitted to the mind control of organized religion, whose only goal is to keep them pregnant, ignorant, uneducated and poor. The culture of poverty is created.

These white women with children who are poor and uneducated suffer from a combination of Stockholm Syndrome, a condition where the hostage (slave) develops a psychological alliance with her captors combined with another psychological disorder known as Cognitive Dissonance, which does not allow them to release themselves from their core beliefs, even while knowing they are false.

My synthesis is that these white women that voted for Trump are mental slaves to a society that “keeps a foot their necks” yet they have a true element of brilliance. Here goes: They may be exercising Darwin’s survival of the fittest theory by siding with the beast the threatens to exterminate them. This is dark but very credible. These women are protecting their children. The one and only concern women hold pure since the dawn of time is keeping their children safe. This is the reason millions of women voted for Trump. I’m sure of it. 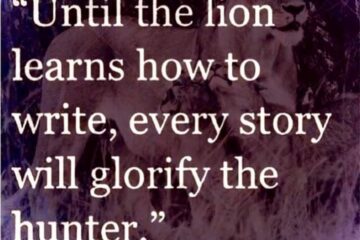 The Magic of Error. 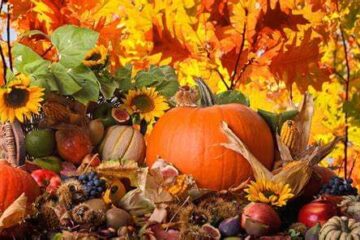 Capricorn Science Wishes You and Your Family a Safe and Happy Thanksgiving.

The pattern of life and living continue in their cycle, which brings us back to the American celebration of Thanksgiving. Friends and family join in a feast that celebrates life. This is how it should Read more…