The Connection Between Fascism and Religion Is Vastly Confirmed.

Fascism being the political system where politicians and the in-place government favor the interests of corporations instead of and above of the needs and interests of the its citizens.

The most infamous fascist, so far, was Nazi Adolf Hitler, who proclaimed publicly that the State and the Church were one. They were collaborators.

Now we have before us American Fascism 2020 with Donald Trump ordering peaceful protesters shot while he waived around his upside down bible.

As reminded by President Carter a while back, the United States is no longer a functioning democracy.

We have one last window of opportunity this upcoming November 2020 election to evict and fix our country. Do not waste it. It may very well be our last. Vote!

Who Is This About? It’s Not About You!

It’s not about you! We often wonder how did our current situation become what it is. How did we get here? What am I talking about? Fascism, Nazism, Oligarchism, Anti-Feminism, Anti-Race, Anti-Poor, Anti-Children, Anti-Women, Anti-Civil-Rights, Read more…

Feminism is a subject which is very much a part of me. The reason being that I am a business person who has always sought opportunities in high places. This allowed me the privileged opportunity Read more… 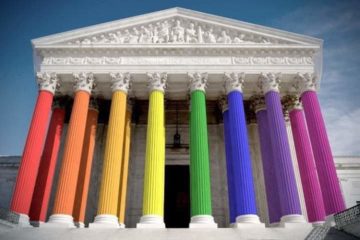 Civil Rights Law Protects Gay and Transgender Worker, Supreme Court Rules. The court said the language of the Civil Rights Act of 1964, which prohibits sex discrimination, applies to discrimination based on sexual orientation and Read more…